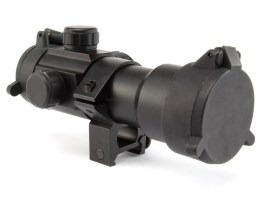 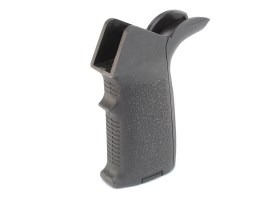 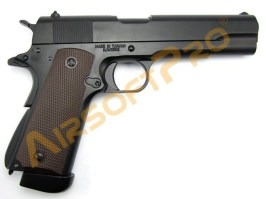 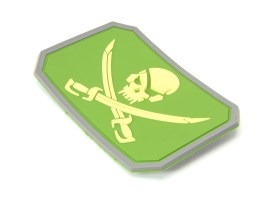 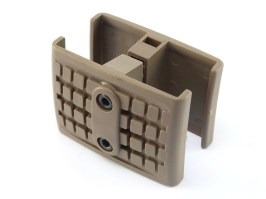 Spring action is characteristic for the cheaper pistols and sniper rifles. Requires pull back piston before each shot. The advantage is the low price and operation low cost. Ideal for beginners. Although guns are mainly made of plastic. But dont worry, we sell high quality Marui pistols.

You can found spring action pistols in this category. We highly recommend Marui brand , which is pioneered the modern airsoft weapons and is synonymous with quality. Failure of the gun is a rarity. Range is up to 30m, while at the target is realistic and shoot up to 15m.

Spring action rifles (except sniper rifles) can be found in this category. Include also popular shotgun. They shot three BBs at once. The advantage of the long spring actions is easier to load , because it has larger grip, compare to pistol slides . Performance tends to be slightly higher than that of the pistols. Range is about 40 meters.

Sniper rifles are very popular category and can be found here. Its performance is one of the strongest among all airsoft guns. It is due to strong spring, long barrel and a large cylinder volume. And they may have a range 60 m, often contain basic riflescope and bipod.

Gas powered guns are mainly pistols, but you can also find some long automatic rifles. We can divide it into:

a) guns powered by compressed gas - propane. Bottle is usually called GreenGas. It is neccessary to fill gun magazine before the game. Filling is simple. Turn magazine upside down and press bottle pin on the filling valve for a 5-7 seconds. The advantage of green gas powered guns is lower operation cost (1 bottle = around 60 magazines). The disadvantage is carrying bottles and weapons malfunction at lower temperatures below + 10 ° C. Gas has sufficient gas pressure.

b) weapons powered by CO2. It is sold as a 12g small disposable capsule. Usually it has to be inserted directly into the pistol magazine. Empty capsules goes to waste. Not refullable. The advantage is slightly higher performance and functionality at lower temperatures. The disadvantage is more expensive operation and time-consuming replacement cartridges.
One CO2 capsule can shot approximately 20-40 shoots.

More sophisticated gas replicas are made entirely of metal with realistic disassembly and movement functions during the shooting. Called blowback. The advantage of gas pistols are high realism and does not need to manually pull back slide before each shot. The disadvantage is the higher cost of operations and weapons malfunction at low temperatures.
A wide range of short gas weapons, namely pistols and revolvers found in this category. Long gas rifles can be found here.

The last and most popular group are electrically powered weapons. Simply AEG. As the name suggests, it is powered by model hobby rechargeable battery. Air piston is mooved by the electric motor through a gear mechanism inside the gun. It is not necessary to manually pull the piston before shooting. Guns shooting single shots and also full auto. A typical group of electrical weapons are sub-machine guns, assault rifles and machine guns. Unlike poor models sold in marketplaces and auction portals, here we offer all electric guns with the metal internals - including gearbox. Cheaper models have an outer body of hard plastic. More expensive models are fully metal, often with the real wood. The advantage of these weapons is the greatest shooting range (except sniper rifles) and a number of spare parts and tuning parts. Cheaper electric weapons are nowadays mainly produced in China. Competition with attractive pricing and a richer equipment, but their lifespan is shorter. More expensive, but certainly better weapons are manufactured in Hong Kong, Taiwan and Japan. They have greater durability, better performance, but the package is usually no charger or battery. Wide range of the AEG guns can be found here.