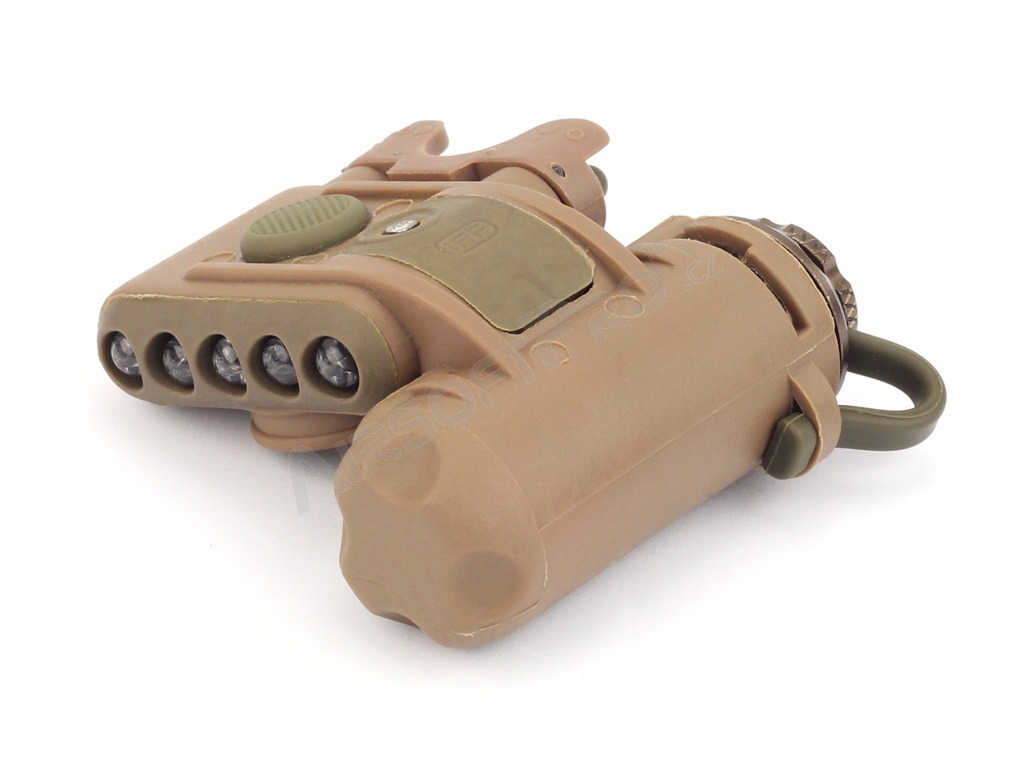 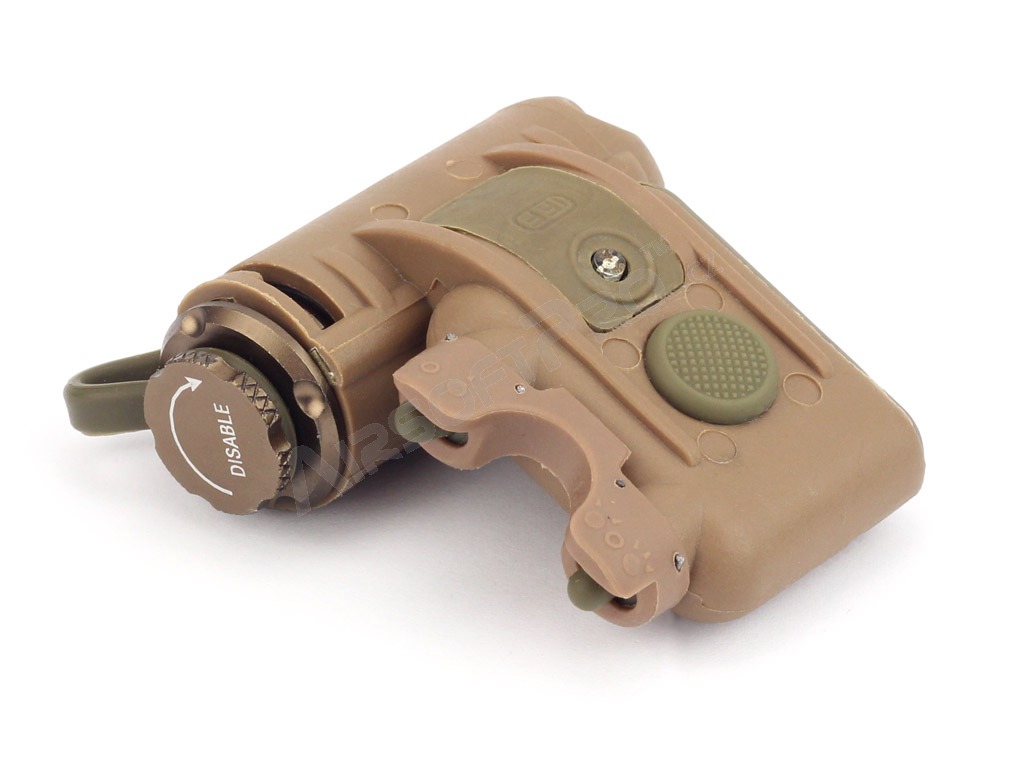 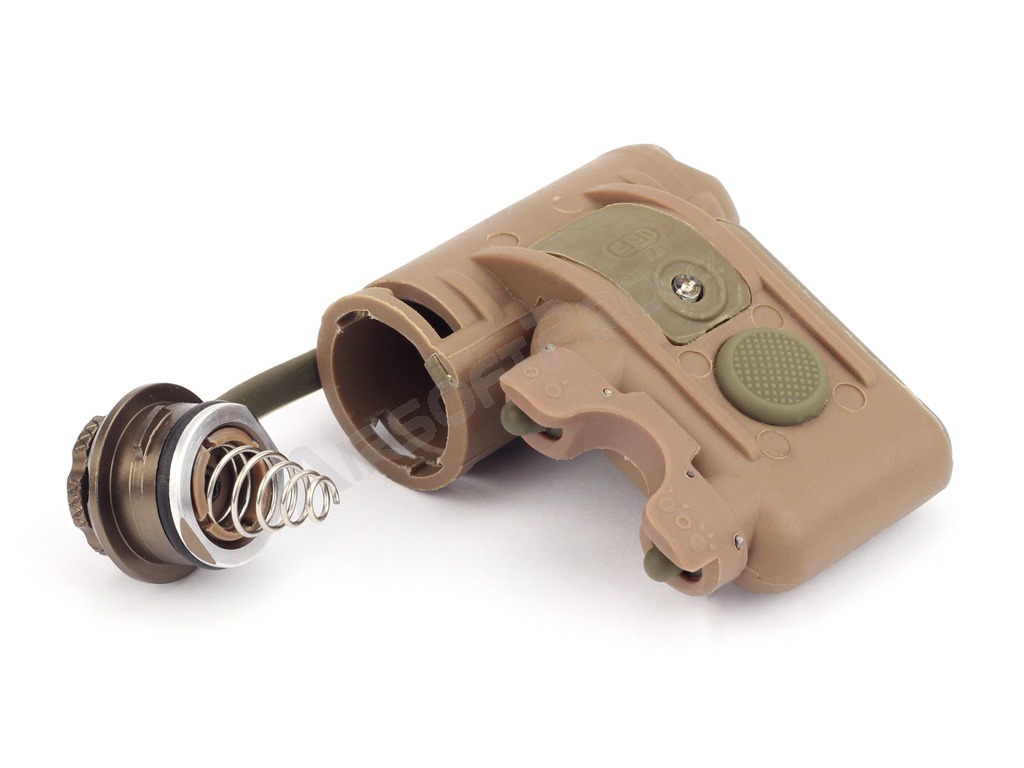 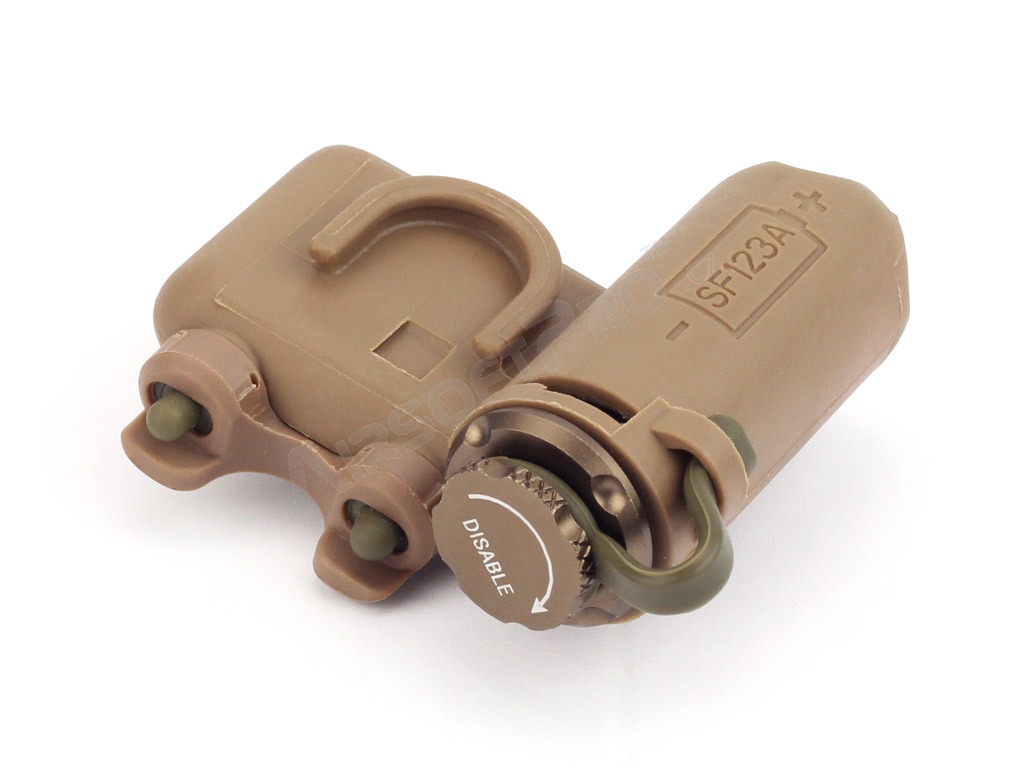 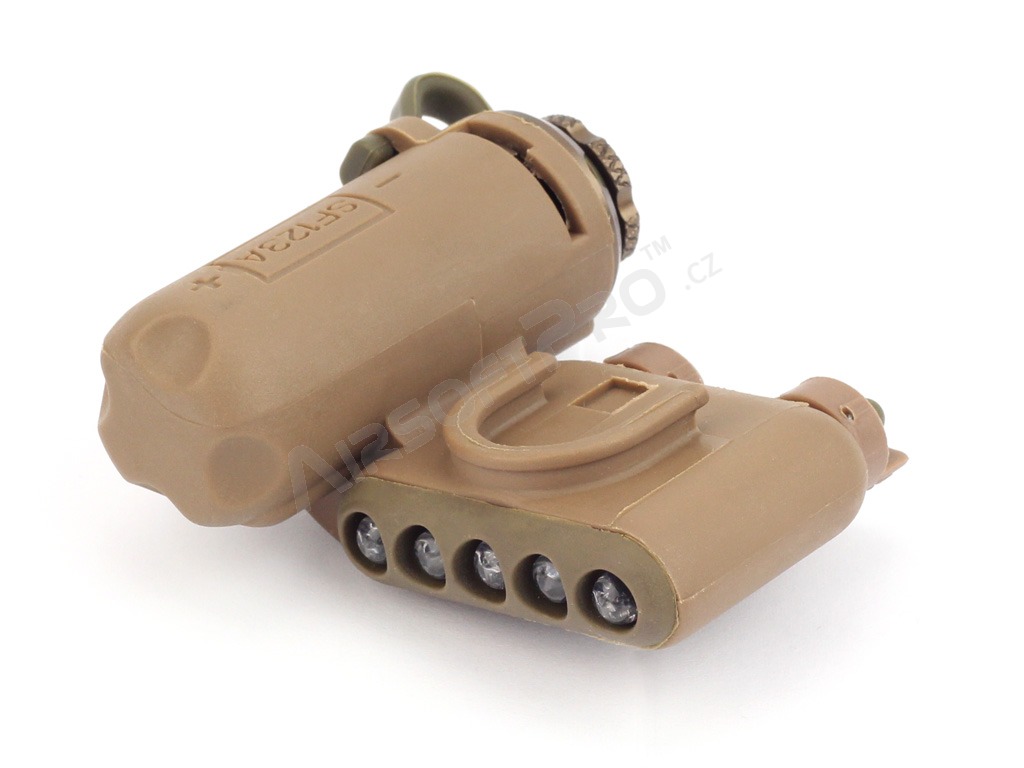 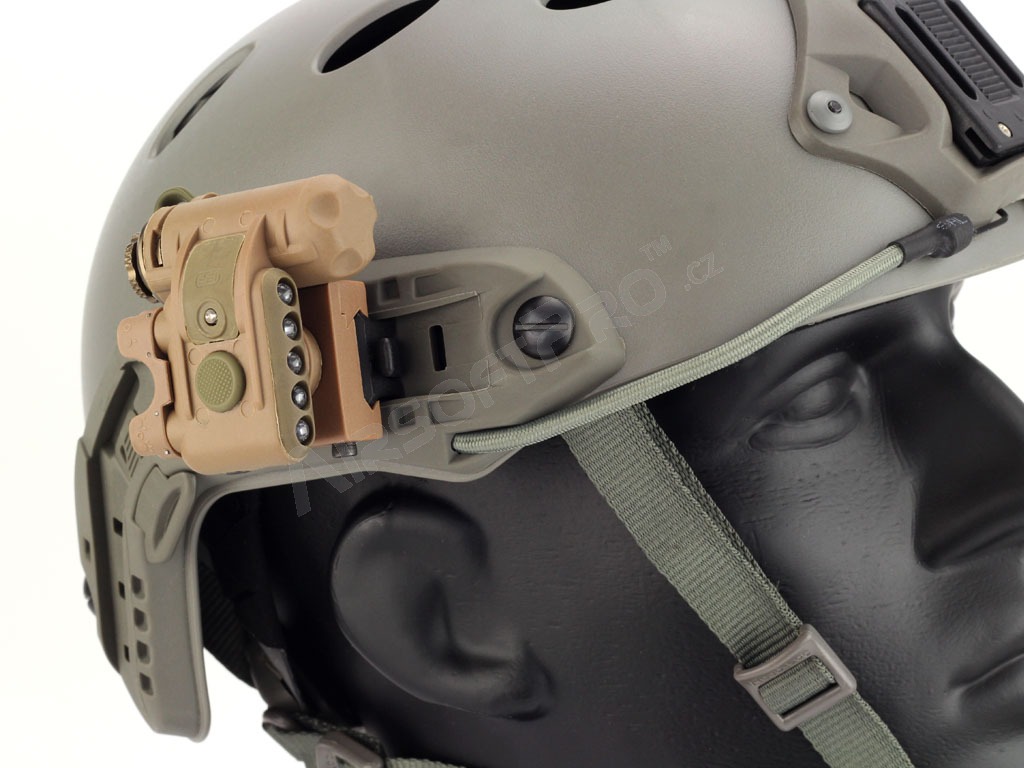 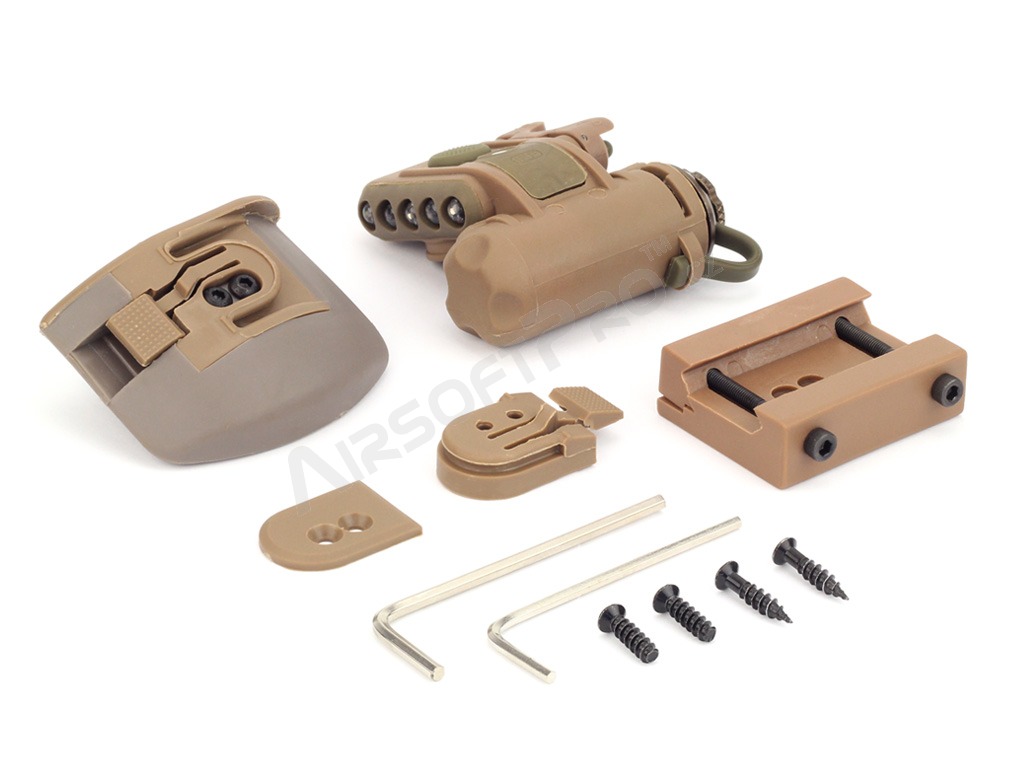 The flashlight is made of ABS plastic and is powered by 1 CR123A or 16340 battery (not included). There are 5 LEDs in the front - 3 white and 2 red. There is also an IR LED (infrared) on the top for night position identification.

On the back edge there are on/off switches for three white and two red LEDs. The intensity of the white LEDs can be changed in 2 levels. On the upper side of the flashlight is a button for switching on the position IR LED. 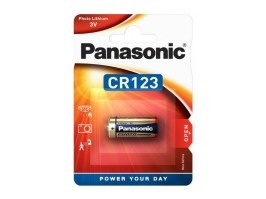 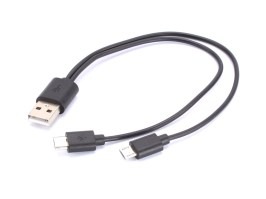