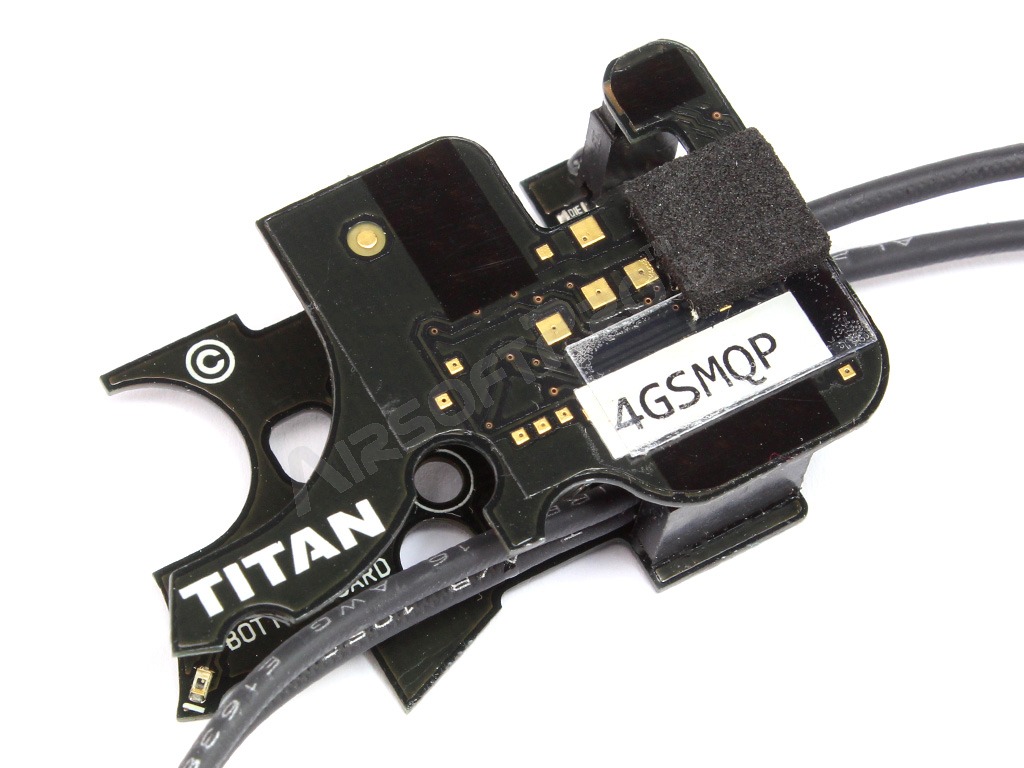 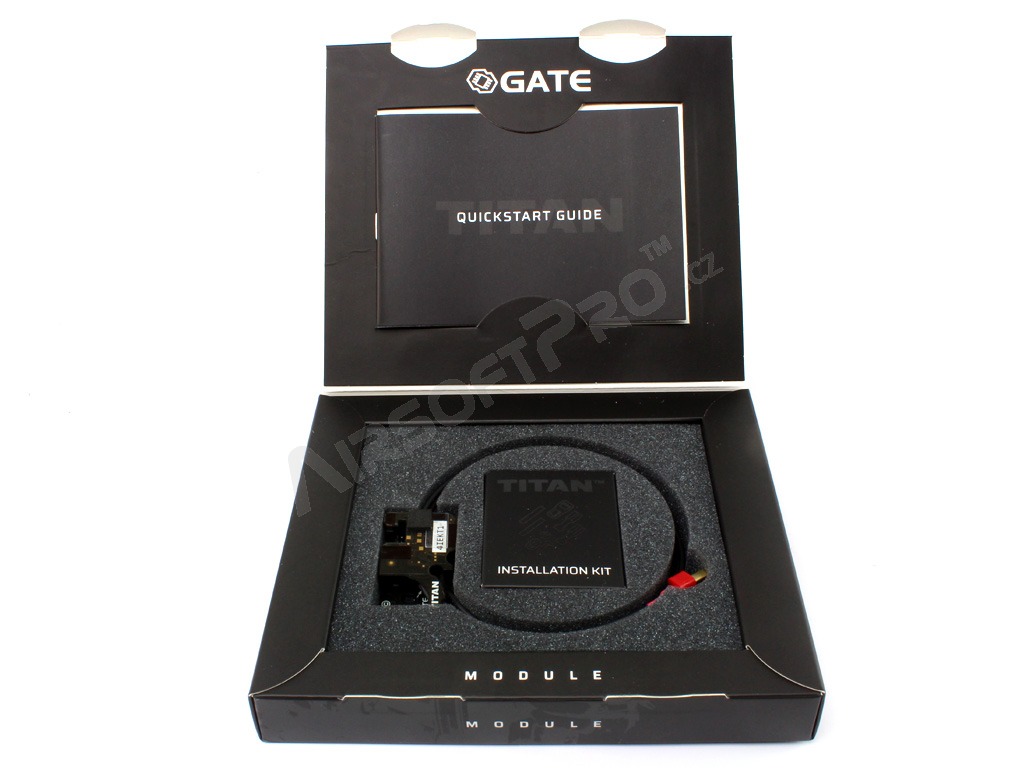 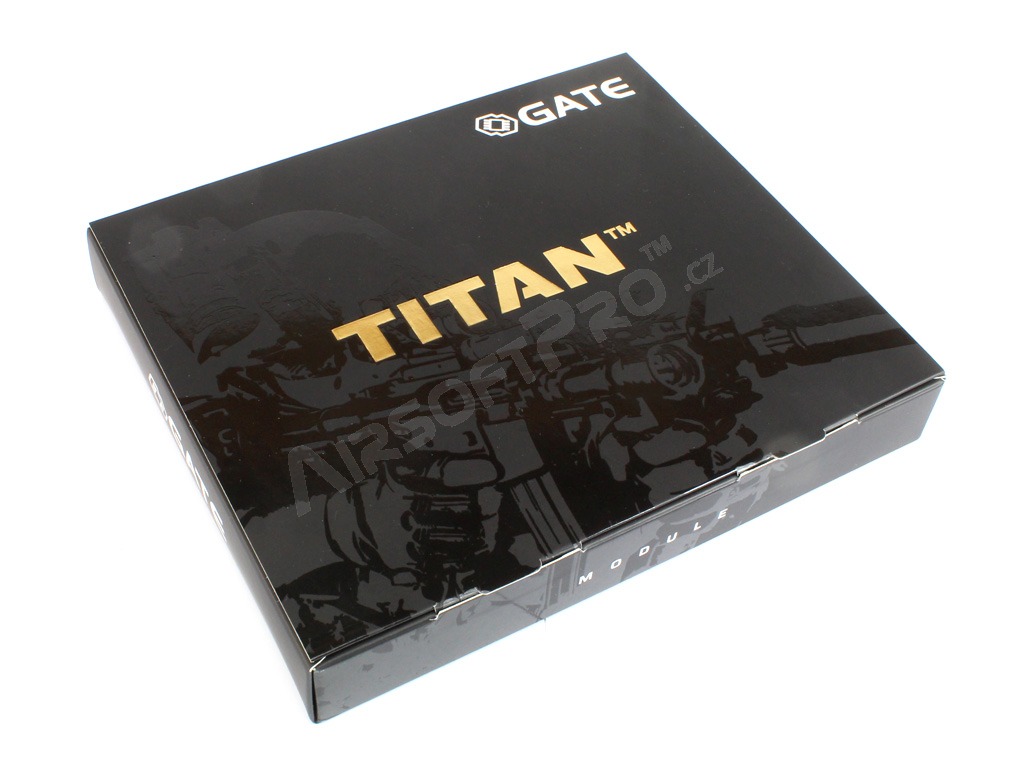 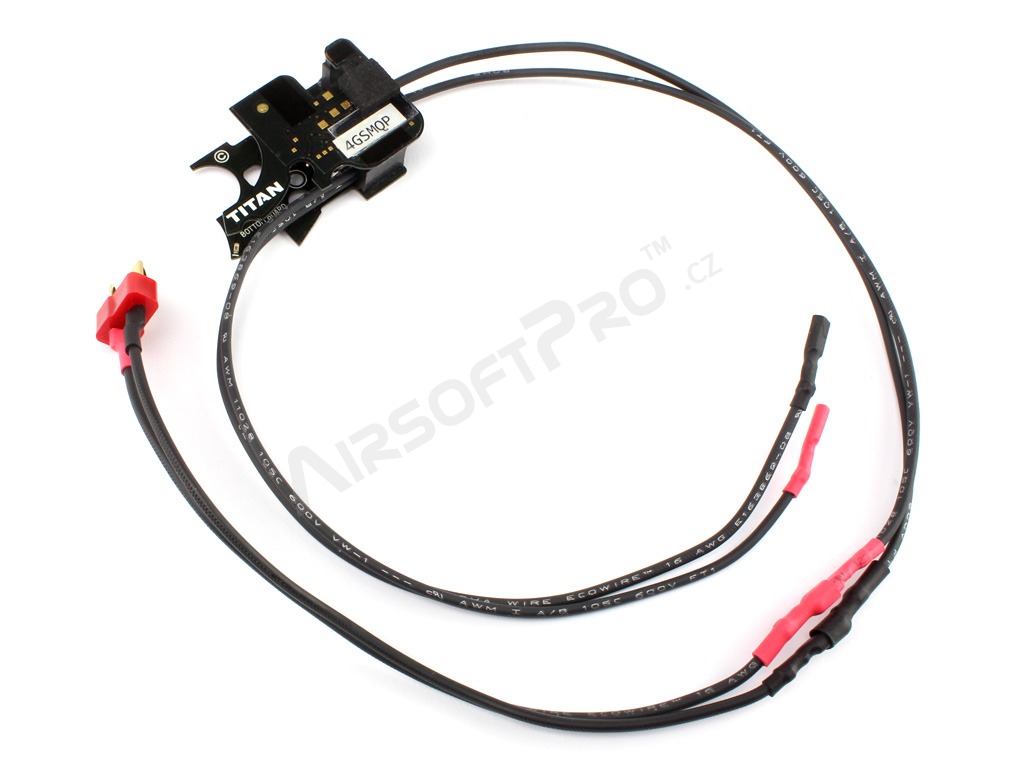 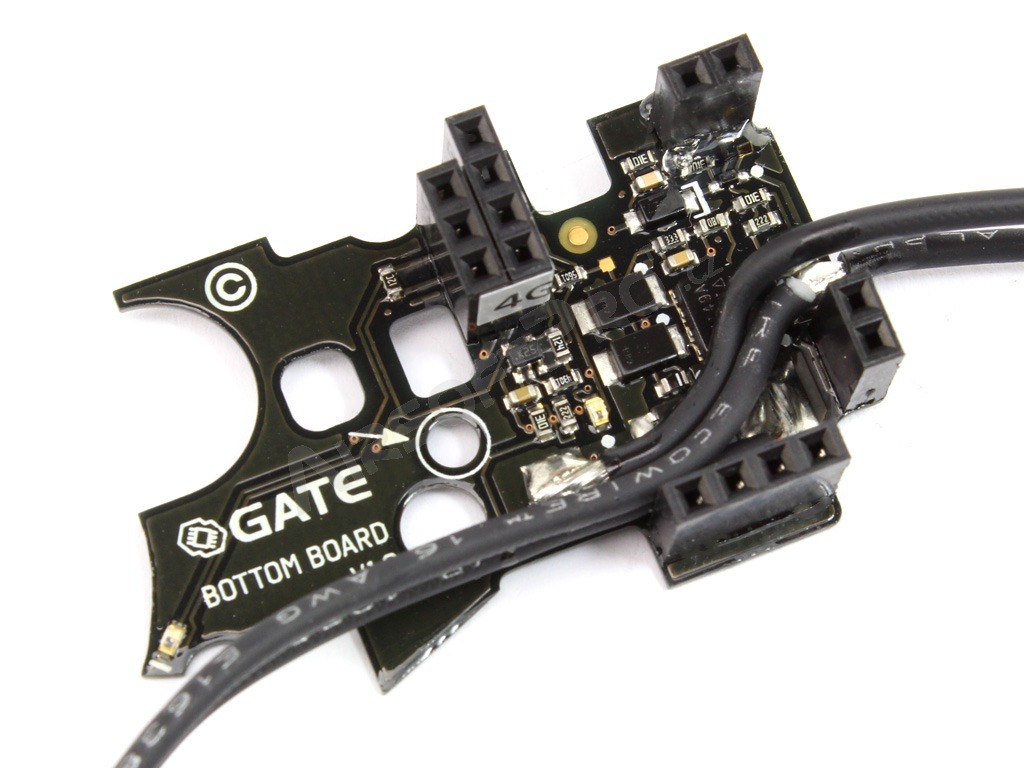 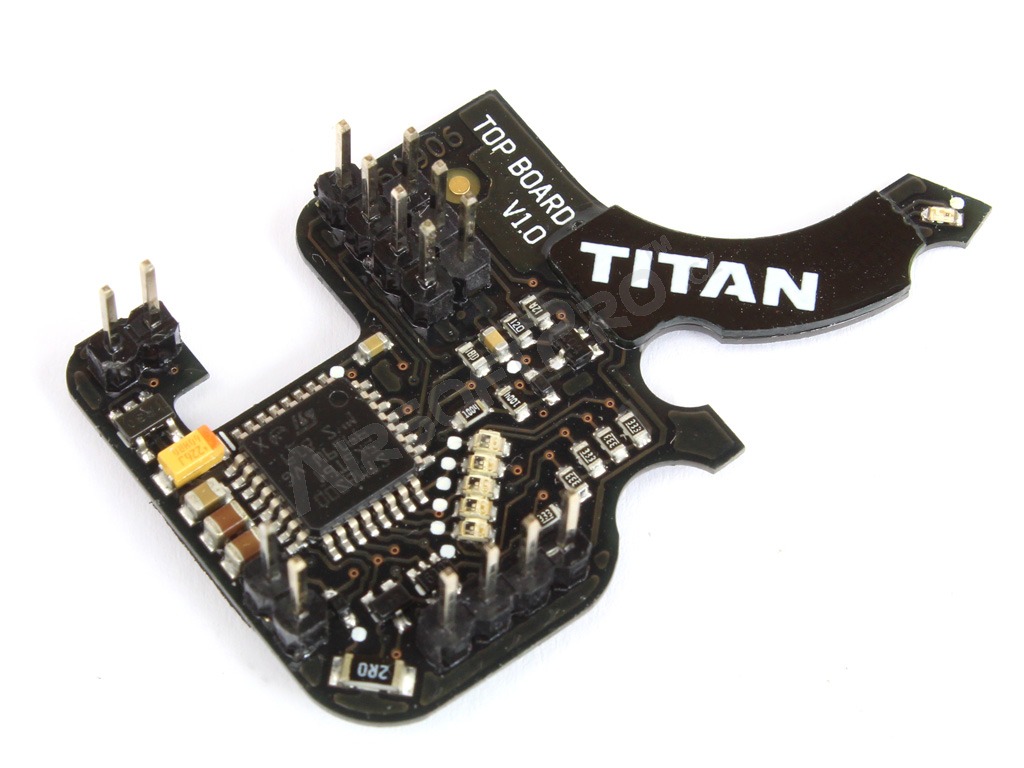 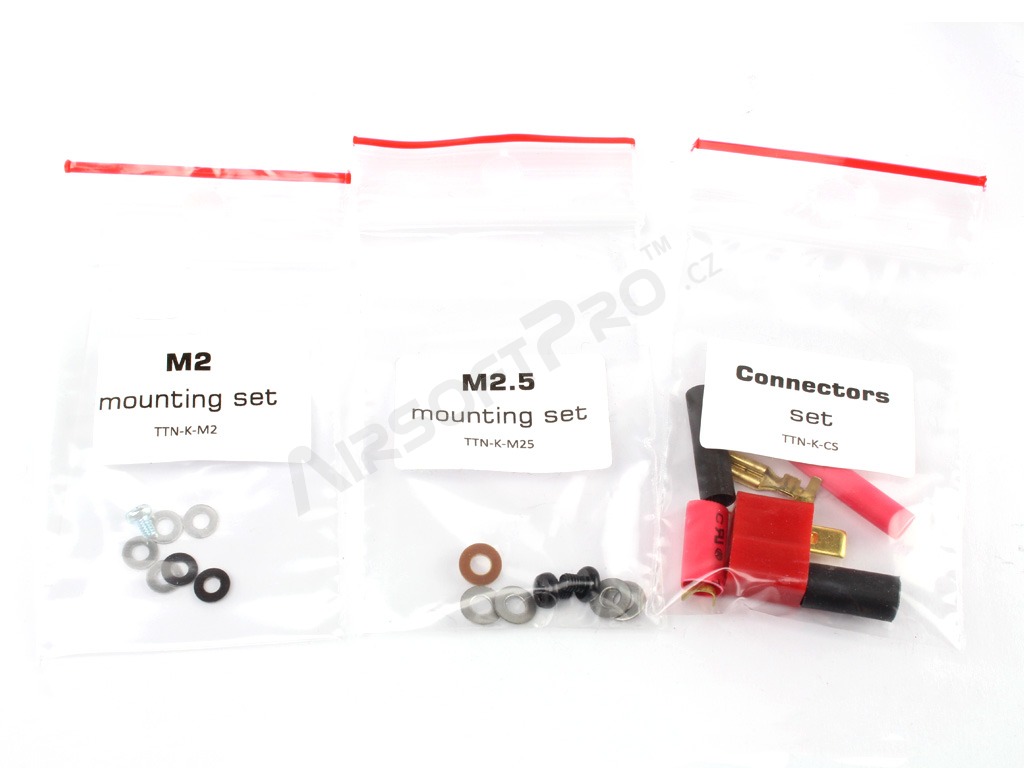 TITAN™ (drop-in mosfet) will transform your AEG into an advanced training weapon system. Gain a tactical advantage thanks to the extremely fast trigger response, with an option of adjusting the AEG for each mission with 20 functions. You can set up functions via a Tactical programming card that you appreciate in the field or through your PC/Mac in the comfort of your home or via Android app.
Give your AEG a new lease of life!

The best if you have already bought the TITAN Complete or Advanced Set but you long for having TITAN in two or more airsoft guns. Then you don’t need the second Tactical Programming Card and the second USB-Link from the complete set. This is also suitable for you if you decide to purchase the Programming Card or USB-Link separately. 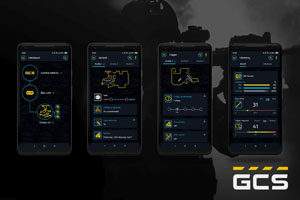 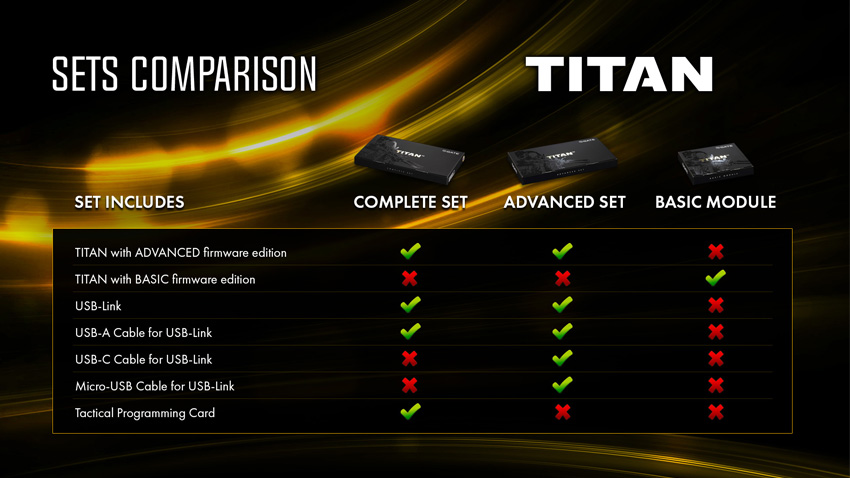 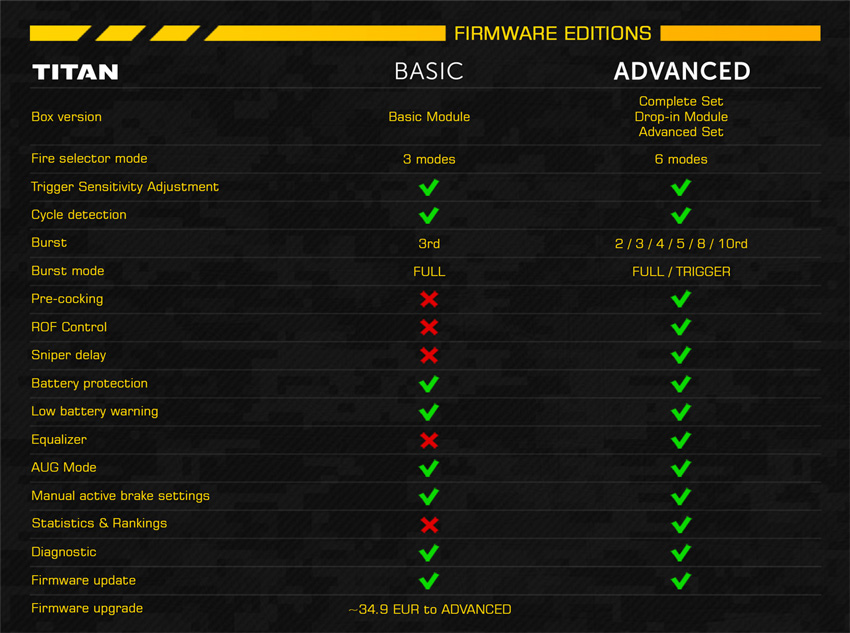 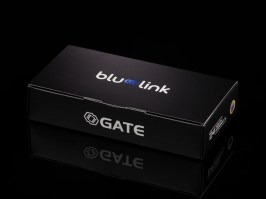 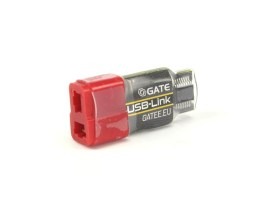 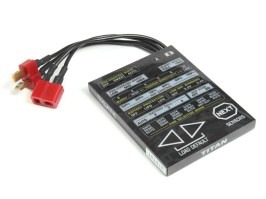 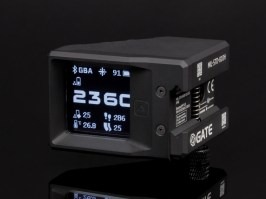 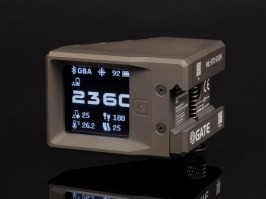 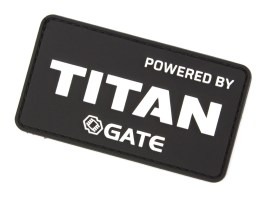 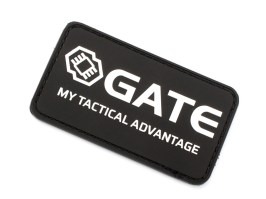